Last week Mr Justice Nicol at London’s High Court handed down his judgment in what has been called “the libel trial of the century”.

Johnny Depp sued the publisher of The Sun and its Executive Editor, Dan Wootton, over articles from 2018 titled “How can JK Rowling be ‘genuinely happy’ casting wife beater Johnny Depp in the new Fantastic Beasts film?”

The Defendants defended their journalism as true: that Mr Depp beat his then wife Amber Heard, causing her injury and making her fear for her life.

At a 3 week trial in July this year – across 5 socially distanced courtrooms – Mr Depp and Ms Heard both gave live evidence, along with at least 20 other witnesses, some by video link. Volumes of evidence were considered: film and audio clips, statements, text messages, emails, medical records and photographs.

At the centre of proceedings were 14 key incidents of violence that the Defendants relied on to prove their case. These were alleged to have happened over 3 years and across many locations: Los Angeles, Tokyo, Australia, and others – some on planes or trains.

Mr Depp said he had never hit Ms Heard and that he was owed substantial libel damages. He said he was a “Southern gentleman” and that this sort of conduct would be unthinkable; instead, he said she had been the violent one.

The Judge has now found that Mr Depp committed 12 out of the 14 incidents of physical assault, and that on 3 of those occasions Ms Heard indeed feared for her life.

After assessing all the evidence, the Judge has held that:

In the wake of this devastating ruling, Mr Depp has now confirmed that Warner Brothers have asked him to resign from his role in the Fantastic Beasts film series. He is still pursuing related libel litigation against Ms Heard in the USA, and he says he plans to appeal Mr Justice Nicol’s judgment. The basis on which will seek to do so is unclear. 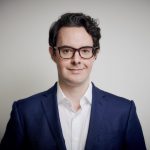