National trademark, EU trademark – what is the difference?

National trademarks and EU trademarks, apart from the respective area of protection, basically offer similar protection. However, differences may arise in practice.

In addition to purely national trademarks, European trademarks (EU trademarks) can also be applied for in the EU. Apart from the respective area of protection, both trademarks basically offer similar protection. In individual cases, however, differences may arise in practice.

Generally, two main questions must first be clarified when filing a trademark application: what is to be protected as a trademark; and for which goods and services is the trademark to be protected. However, especially if a business is not only active in one country, they should also consider in which countries they want to have protection.

However, if one is active in several countries in the EU, protection in each individual country would involve increased costs and effort, since a different national authority is competent in each case. This problem is solved by applying for an international trademark for selected countries or by applying for an EU trademark: Here, protection for a trademark can be obtained comparatively cheaply in all EU member states. Especially if you are active in different national markets in the EU with the same trademark, this solution can be much more economical and time-saving than protection for individual national trademarks.

However, there is an important difference in opposition proceedings against a trademark application: If you oppose a national trademark, the patent office of the respective country – in Austria, for example, the Austrian Patent Office (APO) – is responsible. If you take action against an EU trademark, the European Union Intellectual Property Office (EUIPO) is responsible. Thus, a conflict between two Austrian companies may also have to be settled before the EUIPO, as far as an opposition against an EU trademark is concerned.

The two offices follow the same principles in their decisions in opposition proceedings, but there are sometimes differences in their decision-making practice. The reason for this is that the decisions of the different patent offices are not binding on each other. This can be particularly relevant when it comes to the question of how far the protection of a trademark actually goes. This is a legal question that must be clarified to a certain extent by the respective competent court. In the past, there have been cases where the question of whether a national trademark has any protective effect at all was answered in the opposite way by the national authorities and the EUIPO.

Such a discrepancy is now no longer possible, but it shows that different standards are sometimes applied here. In practice, therefore, it is not only the fact that one has registered a trademark that counts. It is also important what kind of trademark it is, for which goods and services it applies, as well as which authorities are responsible in the individual case of a possible conflict. 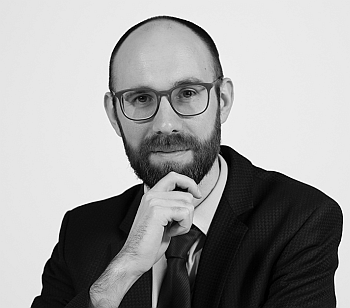