A decision of the Federal Court in Ontario, Canada has concluded that an online survey was not admissible in determining whether the parties’ respective trademarks were confusing.

The applicant filed several applications for the trademark KING. The applications were opposed on the basis, among others, that the applied-for marks were confusing with registered trademarks for KINGSFORD. The evidence filed on the oppositions was sparse and seems to have been primarily evidence of the registrations owned by the opponent but with no evidence to show the extent of the use by it.

There were at least three decisions made by the Trademark Opposition Board all in favour of the opponent. In the oppositions, it was said that the test to be applied was a matter of first impression in the mind of a casual consumer “somewhat in a hurry” who sees the mark in association with the goods at a time when he or she has no more than an imperfect recollection of the opponent’s KINGSFORD trademark and does not pause to give the matter any detailed consideration or scrutiny.

An appeal to the Canadian Federal Court from the decision in the first opposition was dismissed. The additional evidence filed by the applicant did not materially affect the hearing Officer’s findings of fact or exercise of discretion. The standard of review should be reasonableness. Applying this standard, it was found that the Registrar’s decision was reasonable.

The Judge in that appeal also said the test to be applied was a matter of first impression in the mind of a casual consumer somewhat in a hurry who sees the mark, at a time when he or she has no more than an imperfect recollection of the prior trademarks and does not pause to give the matter any detailed consideration or scrutiny, nor to examine closely the similarities and differences between the marks.

The Current Appeal to the Federal Court

The applicant appealed from the two most current decisions of the Board to the Federal Court. The two appeals were consolidated.

The applicant retained a survey company to plan, design and implement a survey of Canadian adults who had purchased or planned to purchase, a butane lighter, the key good in issue. The survey was conducted online between May 29, 2018, and January 5, 2019, and was comprised of seven hundred and seven (707) online interviews with participants.

The survey’s findings and methodology were contained in a report prepared by the survey company (Butane Lighter Study). The Butane Lighter Study concluded that the survey showed “no statistical evidence of misapprehension as to the source of the ‘KING’ butane lighter, directly attributed to its brand name.”

The Decision of the Canadian Federal Court

The starting point was a consideration of whether the survey evidence would have affected the Board’s decisions materially. To be considered “material,” the new evidence must be sufficiently substantial and significant, and of probative value.

A finding of materiality permits the Court to exercise any discretion vested in the Hearing Officer. This results in an appeal de novo and the application of the correctness standard.

If the new evidence is not material the appellate standard of review applies. This means questions of fact or mixed fact and law (except extricable questions of law) will be assessed for “palpable and overriding error.” Palpable means an obvious error, while an overriding error is one that affects the decision maker’s conclusion. This is a highly deferential standard of review. Questions of law (including extricable questions of law), will be assessed for correctness according to no deference to the conclusions of the Hearing Officer.

Survey evidence, as a species of expert evidence, must meet these conjunctive criteria for the Court to find it admissible: (a) relevance; (b) necessity in assisting the trier of fact (in the sense that the evidence is outside the experience and knowledge of a judge); (c) the absence of any exclusionary rule; and (d) a properly qualified expert. Further, to be considered relevant, the survey must be both reliable (in that if it were repeated it would produce the same results) and valid (because the right questions were put to the right pool of survey participants in the right way and in the right circumstances to produce the evidence sought).

The Judge concluded the above deficiencies cumulatively rendered the survey evidence unreliable and invalid, and inadmissible in the circumstances.

After reviewing the Hearing Officers’ decisions and their cumulative assessment of statutory factors, and the surrounding circumstances, the Judge concluded that the probability of confusion between KING and KINGSFORD was evenly balanced between a finding of confusion and no confusion. Because the onus was on the applicant to establish no likelihood of confusion, on a balance of probabilities, that the issue must be decided against it.

To the writer’s knowledge, this is the first decision In the Federal Court and perhaps any court in Canada to consider an Internet survey. There are advantages to using such evidence and with the increased use of online commerce, it seems inevitable there will be more calls for such evidence. However, as shown in this decision more care has to be given to the way the evidence is obtained.

These comments are general and not intended to provide legal advice as individual situations will differ and should be discussed with a lawyer. 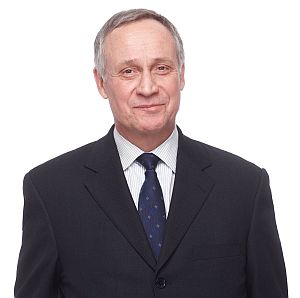