Many years ago, there were two types of courts – courts of law and courts of equity – in England.  Courts of equity developed to provide remedies, which lawyers call “equitable remedies”, where the decisions of courts of law would produce results that were unconscionable or otherwise unfair.  Later, law and equity were fused into one system which was administered by one set of courts.  The common law provinces of Canada adopted this system.  Equitable remedies were available in the common law provinces long before there was an Income Tax Act.  Equitable remedies have been and still are used to resolve disputes between two or more persons who deal at arm’s length with each other where taxes are not the primary concern or perhaps are not a concern at all.

Taxpayers have used two equitable remedies, rectification and rescission to obtain tax relief.  Each of these equitable remedies has a number of technical requirements; each of these equitable remedies is discretionary.  Rectification applies when the written documents in respect of an agreement do not correspond to the actual agreement made by the parties.  It corrects the written documents so that they do correspond with the actual agreement.  Rescission applies in certain situations where mistakes have been made.  It cancels a transaction and restores parties to the position they were before the transaction.

The CRA has been concerned that taxpayers have been using equitable remedies to conduct retroactive tax planning and has challenged the use of them in a number of court cases.  This culminated in Canada (Attorney General) v. Fairmont Hotels Inc., [2016] 2 S.C.R. 720 (“Fairmont”) with respect to rectification. [1] In Fairmont, the Supreme Court of Canada restricted the availability of rectification so that it could not be used for retroactive tax planning but left it available to correct written documents where they did not reflect the actual agreement of the parties.  I have had a number of successful rectifications after Fairmont.

In Canada (Attorney General v. Collins Family Trust, 2022 SCC 26, the taxpayer sought to use rescission to deal with the tax problem.  The CRA considered this to be retroactive tax planning.  The majority of the Supreme Court of Canada (the “Majority”) described the facts as follows in paragraphs 2 to 4 of the decision.

[2] In 2008, Todd Collins, principal of Rite-Way Metals Ltd., and Floyd Cochran, principal of Harvard Industries Ltd., each retained the same tax advisor to propose a plan to protect corporate assets from creditors without incurring income tax liability.  The resulting plans took advantage of the attribution rules in s. 75(2) and the inter-corporate dividend deduction in s. 112(1) of the Act. In each case, a holding company was incorporated to purchase shares in an operating company, a family trust was created with the holding company as a beneficiary, and funds were loaned to the trust to purchase shares in the operating company.  The operating companies paid dividends to the trusts, which were attributed to the holding companies under s. 75(2).  They, in turn, claimed a deduction in respect of those dividends under s. 112(1).  The effect was to move $510,000 from Rite-Way to the Collins family trust, and $2,085,000 form Harvard to the Cochran family trust, without income tax being paid.

[3] The proposals were based in part on the interpretation of the provisions published by the Canada Revenue Agency (“CRA” at the time.

[4] In 2011, however, in Sommerer v. The Queen, 2011 TCC 212, 2011 D.T.C. 1162, aff’d 2012 FCA 207, [2014] 1 F.C.R. 379, the Tax Court of Canada held that the attribution rules in s. 75(2) are inapplicable where the property in question was sold to a trust, as opposed to gifted or settled.  Subsequently, the CRA reassessed the respondents’ returns, leading in turn to the issuance of notices of reassessment imposing tax liability upon the respondents in respect of the dividends.  The respondents objected, were unsuccessful, then sued for rescission of the transactions leading to and including the payment of dividends.

The Majority ruled against the taxpayer.  In paragraph 1 of the decision, the Majority summarized their conclusion as follows:

[1] This Court has barred access to rectification where sought to achieve retroactive tax planning (Canada) (Attorney General) v. Fairmont Hotels Inc., [2016] 2 S.C.R. 720, at para 3).  Taxpayers should be taxed based on what they actually agreed to do and did, and not on what they could have done or later wished they had done (Fairmont Hotels, at paras 23-24, citing Shell Canada Ltd. v. Canada, [1999] 3 S.C.R. 622, at para. 45).  At issue in this appeal is whether taxpayers are also barred from obtaining other equitable relief – here, rescission of a series of transactions – sought to avoid unanticipated adverse tax consequences arising from the ordinary operation thereon of the Income Tax Act, R.S.C. 1985, c. 1 (5th Supp.).  As I explain below, they are.  [Emphasis added]

The Majority stated that equitable remedies cannot be used to carry out retroactive tax planning when the parties have actually done what they have agreed to have done.  As a result, the Fairmont test continues to apply to rectification.  Tax motivated rescissions where the CRA and the taxpayer are the only parties will likely be regarded as retroactive tax planning and will not be available.

The Majority explained the basis for its reasoning as follows as paragraph 11 of the decision:

In order to assess the consequences of Collins Family Trust, it is helpful to recall that the case involved a situation where all of the following aspects were present:

There will undoubtably be situations where one or more of these aspects will not be present.  How will the courts react?

89  The relief that CLICC seeks is more accurately described as rescission of a contract entered into by mistake. Accordingly, this court’s decision in Miller Paving Ltd. v. B. Gottardo Construction Ltd., 2007 ONCA 422, 313 O.A.C. 137 (Ont. C.A.), governs. It requires the party seeking equitable rescission of a contract to establish that (a) the parties were under a common misapprehension as to the facts or their respective rights; (b) the misapprehension was fundamental; (c) the party seeking to set the contract aside was not itself at fault; and (d) one party will be unjustly enriched at the expense of the other if equitable relief is not granted (at paras. 23, 24, 26 and 31). None of these requirements apply in the present case, nor does CLICC attempt to bring itself within the requirements for equitable rescission of a contract.

[2] There are two lines of cases which have considered rescissions. One line considers the rescission of voluntary dispositions dividends. Collins Family Trust falls within this line of cases. A second line considers the rescission of transactions and contracts. Canada Life falls within this line of cases. The Supreme Court of Canada did not distinguish between the two lines of cases in Collins Family Trust.

The Ontario Court of Appeal found against the taxpayer in Canada Life.  Apparently, the Court of Appeal may have felt that it was necessary for an entity, other than the CRA to be unjustly enriched as the expense of another.

Assume that two parties deal at arm’s length, have an actual business dispute and one party will be unjustly enriched at the expense of the other.  Assume tax considerations are relatively minor.  When all of the technical provisions of rescission are met, it is to be hoped that rescission will be available after Collins Family Trust.  In fact, it is questionable whether the CRA will even become aware of these disputes.

Assume the same facts as in Example 1, except that the tax consequences of rescinding the transaction are significant.  Would the CRA become aware of the litigation while it is ongoing?  If so, what steps would the CRA take?  What steps could the CRA take if it becomes aware of the matter only after the court has granted a rescission order?  The requirements for rescission include that one party be unjustly enriched at the expense of another if equitable relief is not granted.  Is the amount of the unjust enrichment in relation of the tax consequences relevant?

Will rescission be available in this situation?  Is the size of $X in relation to $Y relevant?  Is it relevant that the trustees do not have assets worth $Y and that an award for breach of trust would bankrupt them?  Do the consequences of the loss of $Y to the family trust and the beneficiaries matter? 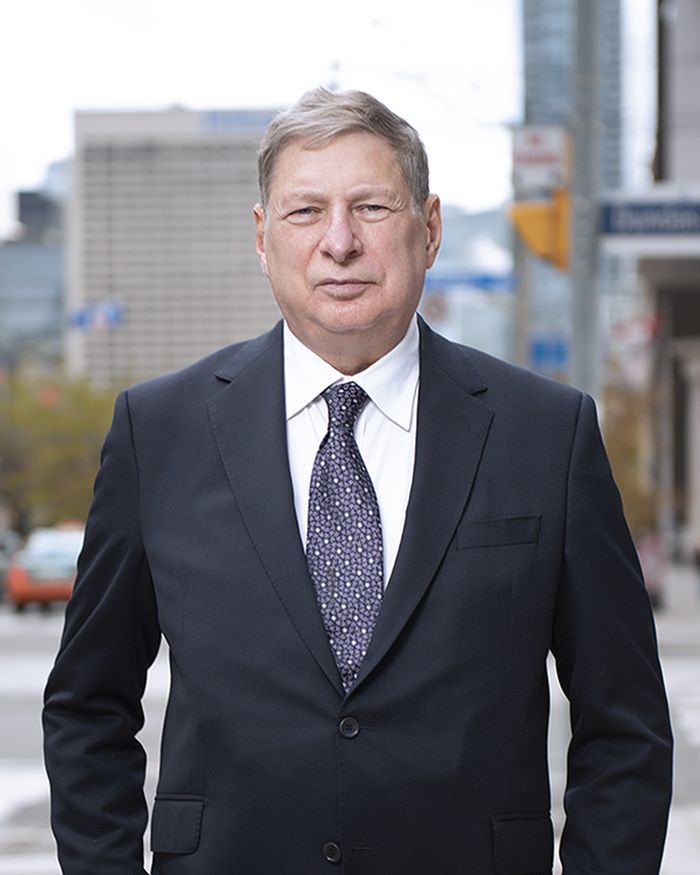